Growth of a Movement 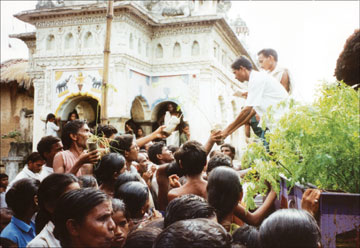 Had I not witnessed the planting of the tiny seed that grew into a mighty tree, I would not have believed what happened. Yet all of us who witnessed it are awed by what took place.

It began more than 20 years ago, in a remote village in India. I was approached by a dignified elderly man, a practitioner of traditional medicine. He had traveled a hundred miles to meet me. He made an outrageous claim: “The leaves of the Moringa tree prevent 300 diseases.” Figuring it was an exaggeration, I ignored the statement.

Not long after, I was walking through the halls of India’s National Institute of Nutrition when I glanced above a doorway and read: “Moringa leaves contain ten times the beta carotene of carrots.”

I was dumbstruck. I knew that beta carotene was the vegetable form of vitamin A, the lack of which was a major culprit in the suffering, disease and even death of millions of people, especially children. Could that old man have been right?

I consulted nutritional experts at the Institute, and our team did research. We discovered that Moringa leaves, which can be eaten like spinach, are packed with essential vitamins and minerals that help prevent disease. They even contain complete proteins—most uncommon for a vegetable. 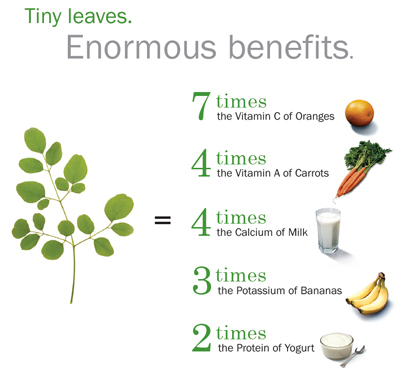 Amazingly, Moringa grows in subtropical areas, where malnutrition is most prevalent. It was as if people had a goldmine in their backyard and simply didn’t know it. 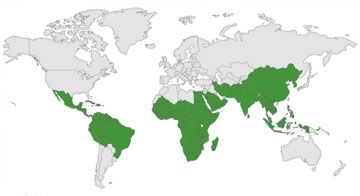 ...precisely where people need it most. 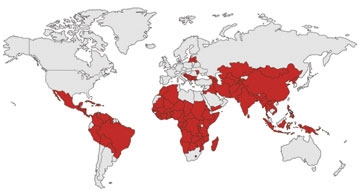 Countries with 5-35% of population malnourished

We started spreading the word and helped villagers in India plant nearly 10,000 Moringa trees. But we knew that planting trees ourselves would never be enough: A movement was needed to empower people to share the message and plant Moringa for themselves. 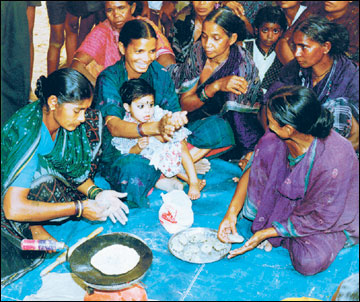 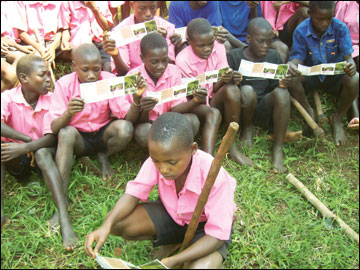 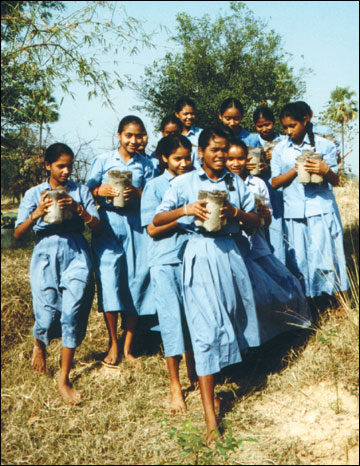 A team of five people from Wichita joined 15 local volunteers in the state of Orissa, India, camping in a remote village for five months. Rural villagers, the true experts on how to motivate their people, suggested that valid science championed by their leaders would be most effective. We had our marching orders.

The next five years were dedicated to intensive research and developing a message that would speak to leaders and scientists. The result was an attractive book about Moringa; 10,000 copies were sent globally to heads of state, ambassadors, nonprofit organizations, universities and research institutes. Our efforts combined with those of many other groups who had become interested in Moringa resulted in an explosion of interest. We heard from people worldwide who were championing the cause and sharing the message. 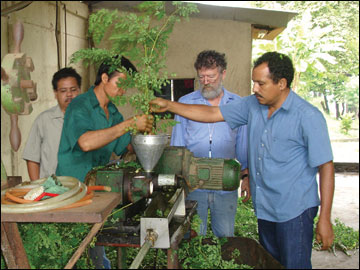 Today, dozens of eminent research facilities are exploring the potential of Moringa. Commercial products are being marketed. Governments in Asia, Africa and Latin America are planting Moringa trees as national policy. No one knows total numbers, but we have been told that in Africa alone more than 200 million trees have been planted. And the movement continues to grow each day. 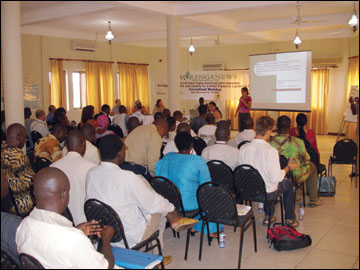 26 countries are represented at an international Moringa conference in Ghana, West Africa.

Looking back, I stand in awe. From this perspective, we cannot say that “we did this.” The magic came from thousands of people joining together; we were merely swept along in that mysterious current. If anything, it is a demonstration of our fundamental belief:

“When a few dedicated people work toward one purpose, one common goal, something extraordinary happens. The synergy of their diverse disciplines and skills creates a force that can move mountains. That force can change the very paradigms that govern our lives.” 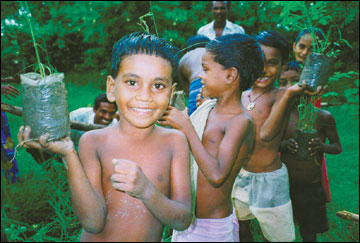 Joining hands, people around the world have taken up the cause of
Moringa, sharing a message that could save millions of lives.