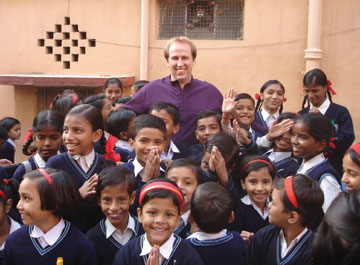 "Hello, sir! How are you, sir?" A sea of smiling faces with bright eyes greeted me as I walked through the front gate of the school. It was like deja-vu. They looked just like the kids who had changed my life ten years ago.

But this story actually started many years earlier-even before I was born.

In 1967, Mrs. Susheila Singh of Allahabad, India felt disturbed that girls from poor families in her neighborhood had no opportunity to get an education. So she started to teach a couple of girls on the front porch of her house. She asked their parents to pay twenty cents a month so that instead of receiving charity, they would be contributing toward their children's education. 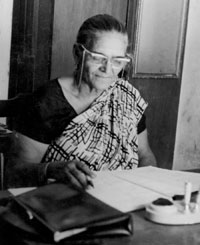 Founding mother: Susheila Singh started the school in 1967 with just two girls. Through her dedication and sacrifice, it grew to a full-fledged elementary and middle school during her lifetime.

Little did she know that the tiny seed she was planting would blossom into a major educational institution. When she died in 1989 at the age of 79, she was still putting in twelve hours a day at the school. By that time, it had classes for kindergarten through middle school, and there were 400 students. She named it Umrao Singh Memorial School (USMS) in memory of her beloved husband.

In 1992, I graduated from the Rochester Institute of Technology with a degree in graphic design. I didn't want to work the rest of my life designing for a new flavor of water or some new plastic promotional toy. I wanted to find work that spoke to something deeper than that'something that would be meaningful not only to the world but also to me. It was at that time that I found Trees for Life and decided to volunteer.

In 1995 Balbir Mathur, president of Trees for Life, suggested that I might go to India and volunteer at USMS. Trees for Life had partnered with USMS through the years, and I could help the school set up a computer lab. The idea of going to a foreign country to serve was exciting and a little scary, but something within me knew I had to rise to the challenge. 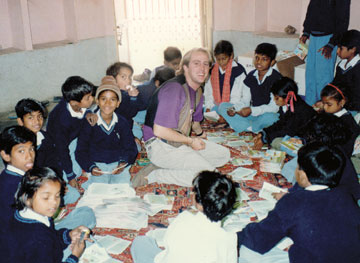 When I reached Allahabad, there was skepticism, reluctance, and tension in the air regarding the computer lab. Most of the children at the school came from very poor families whose parents earned only one or two dollars a day. Eighty-five percent of the children were first-generation students-no one in their families had gone to school before. So some people at the school were asking, "Why do these children need computers? No other school in the city has a computer, so why should these children have any? Wouldn?t simply providing basic education to these poor children do the job?"

Despite differing opinions, everyone wanted what was best for the children. In the end, the work moved forward.

Watching the whole process, from construction of a new room to the arrival of twelve computers, was so exciting. I remember the faces of students peeking through the windows with curiosity about what was to come. They had never seen or heard of a computer before. 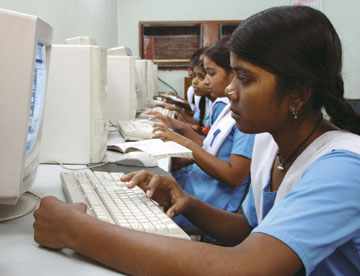 When the lab finally opened, it was amazing to see how quickly the children took to the computers with ease and enthusiasm. During any free time they had, they would come to me saying, "Sir, computer please, sir?" When I consented, huge smiles lit up their faces and they giggled with excitement. Their passion for learning and joy for life was inspiring. When I looked into the smiling eyes of these children, I got the feeling that anything was possible. 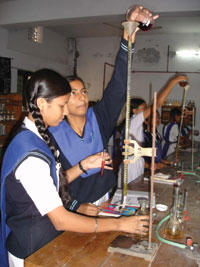 In fact, it was in their eyes that I found an answer to a dilemma I had struggled with for a long time.

I had questioned the injustice of poverty and human suffering. I understood that riches and poverty or haves and have-nots were a part of life and were perhaps as natural as black and white or hot and cold. But if that was true, if this was just the natural order of things, then it seemed the logical response was to become apathetic and cynical and do nothing about it. That seemed like a hopeless way to live my life.

At the time, poverty was only an intellectual concept for me. Nothing could have prepared me emotionally to deal with the reality of poverty I witnessed in India-families living on the streets, their children begging and dressed in dirty, smelly rags. I wanted to run away and felt ashamed at my reaction. 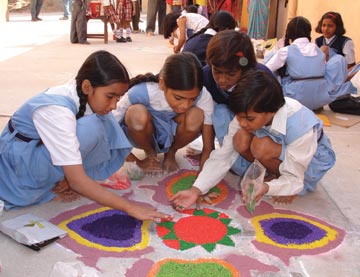 Yet, as it turned out, I was equally unprepared to deal with the hope and beauty I experienced in the midst of these children at the school.

Now, after ten years, I had come back to USMS. Now the school had classes through the 12th grade, and there were more than 1,000 students. The computer lab now had more than 40 computers, and there was no question about their value. There were full-fledged physics and chemistry labs, a pathology lab, and a doctor to care for the children?s health. During my visit, there was an inauguration of a central library at the school which would serve all the schools in the surrounding neighborhoods. 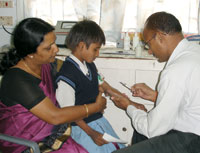 There are also many success stories. Students have gone on to become doctors, lawyers, engineers, and upstanding citizens that contribute to the community. Some students have even returned to USMS as teachers. 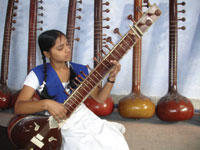 This time when I heard the children greeting me with "Hello, sir! How are you, sir?" I had a different perspective. I could see how the seeds I helped to plant so many years ago had flowered. The potential for these students was beyond my imagination. In this world that still contained the realities of poverty and injustice, here was a real example of hope.

Now when I looked into their eyes, I did not see poor children. I saw myself. Our journeys are intertwined. The eyes of these children inspired me to see life, not for its sorrows, but for its possibilities. That is why, even after 14 years, I am still with Trees for Life. 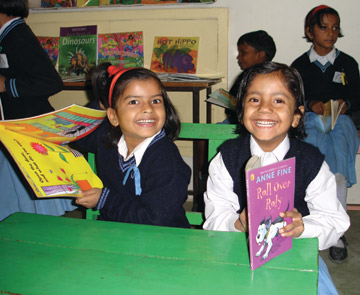 Adventure in reading: children at Umrao Singh Memorial School delight in reading their first books in the school's new lending library. Like many children around the world, they have never had access to a library before. This library will also loan books to other nearby schools so that students in the whole area can benefit.