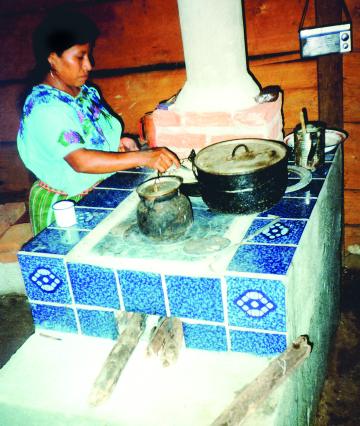 Symbol of hope: Antonia Catarina cooks on her new stove, a sign of her people's return from exile and commitment to preserve their environment and improve their lives.

It's early morning in Union Victoria, a rural community in the highlands of Guatemala. The roosters have been crowing since 4:00 AM. As I arise, the sweet aroma of the bell flower fills the subtropical mountain air.

Stepping outside, I hear the soft "pat-pat" sound of women making tortillas by hand-an age-old custom-and see smoke rising from their wooden plank kitchen walls. I have been looking forward to this day. Today I will visit a family that has been among the first to build a new style of fuel-efficient wood-burning cookstove.

Standing outside the family's small hut waiting for me is Dany Sabuc, a local stove builder. His swaggering stance and good-natured grin are welcoming. We step inside the hut, where Antonia Catarina is working over her new stove. She is making tortillas for her family. She looks up at us and smiles.

"I am so grateful," she says as we admire the stove. Its blue tiles with traditional designs lend beauty to her otherwise bare hut. "We have come through much. But now we are en la luz (in the light)," she says. "And now this help comes." 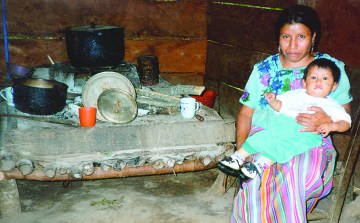 Open fires are unsanitary and dangerous, causing burns for women and children. 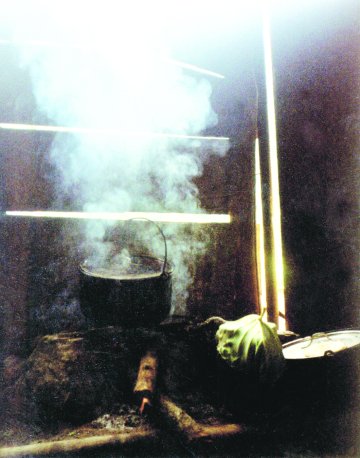 Dany and I look at each other. We know all too well what she is talking about. Her community is comprised of Mayan families who are former refugees from Guatemala's brutal civil war. They are some of the many thousands who fled their homes to hide out in the mountains for nearly 15 years. As refugees, half of the community members died. 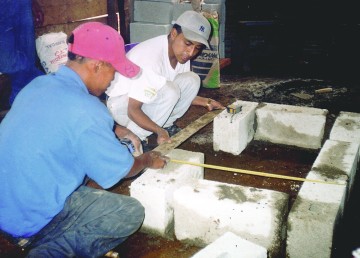 Strong foundation: The first blocks of a stove are laid in a precise pattern. 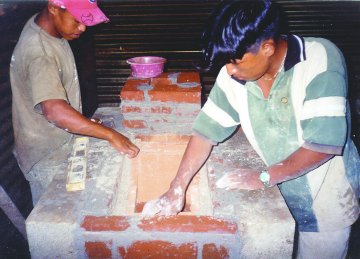 An inner chamber creates the maximum heat from a small amount of wood. 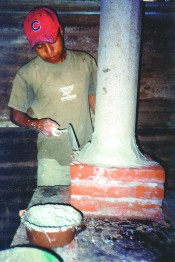 Final touches:A chimney will take harmful smoke out of the home, protecting the health of women and children 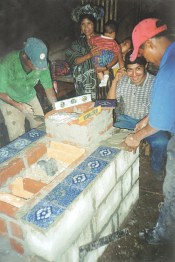 Function and beauty: Decorative tiles with a traditional pattern are set into the top of the stove. They provide a clean cooking space, and also lend beauty and dignity to the home. 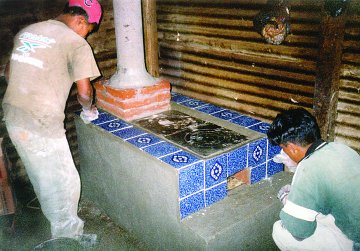 But things have changed now. The war has ended. The people now have their own land, and they are slowly rebuilding their lives. They grow corn, beans, taro and coffee, and live in humble block and stick houses. The children play by the river and go to a school the community built themselves. As Antonia said, they feel they are now "in the light." 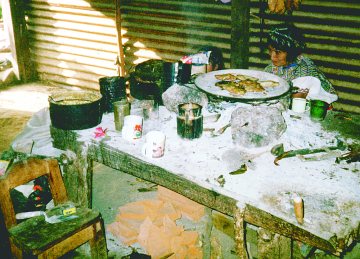 Antonia tells us about her stove. "Like everyone else, I used to cook on an open fire," she says. "Now I can cook without breathing in smoke and always having my eyes burn." This is a major benefit, as many women suffer from inhaling smoke. Then she laughs teasingly. "My husband always thought I was crying because I missed him working in the fields, but really I was crying from the wood smoke in my eyes! And it saves wood, too," Antonia says. "My open fire used twelve to fifteen sticks of wood. My new stove uses only four or five sticks. So I don't have to cut as many trees for fuel and spend so much time gathering and carrying wood." 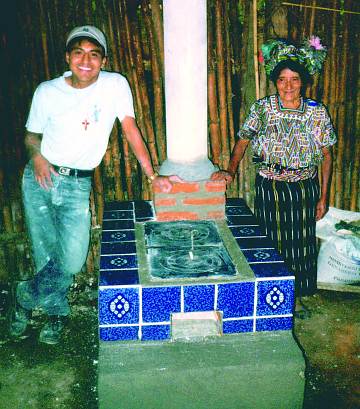 After: A new fuel-efficient stove brings great joy and pride for native villagers in Union Victoria, Guatemala. Former refugees, they are grateful to be en la luz- "in the light."

As I look at Antonia and her stove, I see it is more than just a stove to her. It is a visible sign that she and her people are "in the light." And they are spreading that light. Several community members have been trained to make this new stove. They will build stoves for their community and share that valuable skill with other communities

In their desire to use these fuel-efficient stoves, they are not only protecting their forests; they are improving women's health. They are not only "in the light;" they are spreading that light to help other communities, and future generations, see the way to a brighter life.